Some actual good news about the scalping business

We know about scalping.  We know it’s bad.  We know that it’s just too much trouble and too much cost to go see a nationally touring act.  I won’t talk about why, I did that here.  Ok, will sum up super quick.  90% of concert tickets NEVER go onsale.  AND… they are long gone BEFORE the public onsale happens.  That last 10% is gotten not by fans but by computer programs that resourceful scalpers use.  They can ping Ticketbastard 100 a minute, whereas your slow dialing ass can do it once.

Let’s instead look at if it can be fought, and is anyone doing anything about it.
First… can it be fought?  Yes, but only by sucky and complicated means that are NOT consumer friendly.  To stop scalping, you can

Either one of these solutions suffers because it means you can’t give away or sell tickets.  Or buy them as a gift for a friend.  Which one do I prefer, knowing everything I know?  Neither.  Shoot the scalpers in the fucking head.  Same with TM, for sanctioning and embracing, and encouraging scalpers with their own scalper site ‘Ticketsnow.com’
What is the alternative?  Sadly, it is simple.  Stop going to concerts.  Stop patronizing scalpers.  Like the drug trade, this is kinda all our fault.  As long as some asshole is willing to pay $4,000 to see Adele… we ALL have to pay that.  Note, if I could afford that… I would pay it.  Adele is bitchin, and likely won’t tour again for a LONG time.  That is not faint praise, the last 4 concerts I went to… 3 of them were Iron Maiden.

Why aren’t the artists and managers and all that fighting for us?   Why would they?  As long as tickets are being sold, they are good.  It is likely better for their bottom line when ALL tickets sell out… even if a venue is only half full during the show.   Some artists are fighting back, though.  Here are their badass and commendable ideas and fights.  What is cool and interesting is every one of these bands took a different tact.  Spoiler alert… none have been effective –

So… let’s look at the good news and good dudes/dudettes who are fighting the good fight.  These are loosely in chronological order.

Pearl Jam – back in the early 90s, they wanted to keep ticket prices at $10.  Not just the face value… but the total cost at the end of the day after fees and such.  Ticketmaster laughed, and they have a monopoly on the venues due to contracts.  So, PJ filed a DOJ anti trust suit, and then testified in front of fucking Congress.   The balls on those kids.  Even today, 20 years later, no band has taken such extreme measures.  Sadly, the effort fell flat.  There was supposed to be a whole slew of A-listers to show up and support them.  Their record companies and various suits warned the artists not to piss of TM… with the monopoly and all.  So… where folks like Garth Brooks pledged to show up… NO OTHER BANDS showed up.  So, you just had 5 long hair upstarts bitching at ‘the man’.  It was dismissed, sadly. 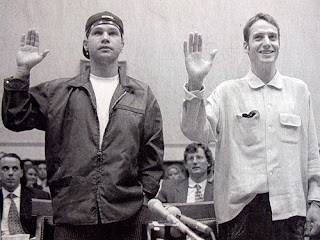 *** looking at this photo (the actual photo of the band being sworn in at Congress, I think we know why the case was dismissed.  Ames is a tshirt, members only jacket, and a bandana.  Dude, when you are trying to get the largest power structure on Earth to take you seriously... maybe don't dress like a 23 year old skater

SO… Pearl Jam said ‘fine, we’ll just sell our own tickets to our own fans… and bypass TM’.   Yeah, that SUPER didn’t work.  TM ended up writing their own legislation that fan clubs can’t have more than 10% of a venues tickets… AND said all fan clubs have to charge at least $15.

Even better?  TM got sued for not even allocating that 10%.  Also, more on that here. 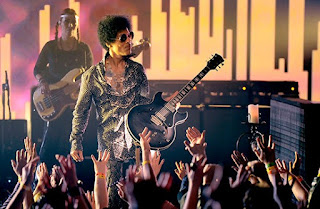 String Cheese Incident – also not amused by the monopoly and mark ups.  Using a loophole where tickets could be bought for face value at the venue… String Cheese went to the venue and bought up ALL the tickets.  Then… sold them to their fans at face value.  Once again, the balls on these guys.  They also fought a couple long and ugly court battles with TM over all their bullshit.  These dudes, like everyone on this list… are heroes!  More on that here, and here, and here.  Just in case it is lost on you what they did, let’s let the band explain themselves.

One Friday afternoon recently, about 50 fans and friends of the band String Cheese Incident took $20,000 in cash to the Greek Theater in Los Angeles to take a small stand against the system — in this case, Ticketmaster.
With money advanced by the band, each person had enough to buy eight tickets at $49.95 apiece for the group’s show in July. Once all tickets were in hand, almost 400 of them, they were carried back to String Cheese headquarters in Colorado and put on sale again through the group’s Web site — for $49.95.
“We’re scalping our own tickets at no service charge,” Mike Luba, one of the group’s managers, explained in an interview last week. “It’s ridiculous.”
Fucking heroes!  Don’t worry, TM sued them, too.  It’s a great story and an interesting read.  Bonus evil TM fun?  Once they finished their total monopoly by merging with Live Nation, TM closed that loophole about the box office.  It is now MORE expensive to drive to the venue and buy tickets there (vs over the phone).  I experienced this personally, and wrote about it here.

Kid Rock – tried something fun and innovative.  He did a shed tour (its’ the half seating and half lawn venue your city has) and he capped the ticket price at $20.   AFTER FEES.  Let me demonstrate how impressive that is.  About 10 years ago, Motley Crue did a shed tour, and tickets were only $5.   Before fees.  After fees?  $25 each.  You may see $25 being a great and fair price to see Motley Crue.  You would be Correct.  Until… you see that 75% of that goes to TM.  $20 of the $25 is all service fees.   So, when Kid Rock caps the very end cost at $25… everyone has to take less.  Kid Rock explained it as “I can afford it, I am rich.  If no one shows up, I can take the loss.”  What kind of loss, you wonder?  He awesomely explained that it costs $100K for him to show up.  Keep in mind, this is cost for salaries of bus drivers and cooks and roadies and hookers.  I know Kid Rock takes a ton of shit for being a Trump flunkie, and he should.  However, it doesn’t mean he isn’t a good dude.  This stunt proved it.

This method of cost control is a very close cousin of what Pearl Jam was trying.  What did Kid Rock do different that he was able to do it, where Pearl Jam could not?  He (Kid Rock) worked with TM, instead of against them.  Every artist has been working against TM for so long (and for good reason)… that no one had tried to work with them.  Oh, and the real short answer of how this business model works?  Kid Rock gets a cut of the beers sales (which he also capped at $5).  Even though his politics are wack, I still very much enjoy ‘Devil without a Cause’.  I feel the same way about Uncle Ted.  Total psycho dickweed, politically… but it’s tough to think of a cooler song than ‘Stranglehold’.  Again, I’ll let Mr Rock (nee Bobby Ritchie) explain himself

This is a model Rock says he has been working on for a long time. "It's always going to come down to price, but I think [from the fan's perspective] it's more the service charges, the fees, getting in there and not knowing what beers will cost, what they'll hit you for parking," he says. "Every little thing they nickel and dime you, and it's not just music, it's sports, it's going to the movies. Artists demand so much money, and you have to set ticket prices at [a certain level]. Everyone's fighting the system, and it's really been all of our faults. We're all fortunate to make as much money as we do, and I can surely take a pay cut and help out in these hard times."

See, this is what is great about Kid Rock, and why I can’t hate him.  Plenty of folks talk about protecting the vaunted ‘blue collar worker and poor suffering family’… but Kid Rock actually did something.  Name someone else who has?   Trick question, the answer is no one.

Adele – wanted fans to see her show.  And only fans.  Here is the unique approach she did – no ‘holdback’ tickets.  This means she put every single ticket on sale for every show.  No tickets were held back for family, friends, promoters, fan clubs, record companies, radio stations.  How is this a big deal?  I mention in the article I referenced at the very top that 90% of tickets now to go ‘holdbacks’.  What that means, specifically, is this:  Billy Bob is going to play Red Rocks this summer.  It holds 10,000 seats.  Tickets go on sale Dec 15th, 2017.   When that onsale happens, and you log in to get tickets, 90% are already gone.  Only 1,000 tickets will actually go onsale.  When that happens, you won’t even see those 1,000 tickets.  Computer programs used by resourceful scalpers get those tickets.
Sadly, industry folks say Adele’s most excellent intentions had little effect.  Her tickets still showed up instantly on the ‘secondary’ legal scalper sites.  It’s ok, though, at least she tried something no one else has.  Fucking Hero! If you don’t like Adele, as a person, you don’t like puppies!  She drinks and curses and belches and laughs… all in concert.  She is good people!

Eric Church – several artists have canceled tickets they knew were scalped.  Most famously, the Boss.  Springsteen has canceled blocks of tickets, and encouraged use of paperless tickets (where you have to show your ID at the door).  Church, though, went nuts. He just canceled 25K tickets for his tour.  Here is why that is ‘balls’;   those 25K tickets were guaranteed money that he had in pocket.  Assuming tickets were $85 each, he walked away from 2.1 million dollars.  I gotta be honest, I have no idea who he is, and I don’t dig new county that isn’t Chris Stapleton.  But, whoever the hell this guy is… he is a hero.
That is all for now, I shall keep you posted on the good fight as it occurs.  If you know of other artists taking similar initiatives, please drop me a line.  My email is ‘I am correct at gmail dot com’ (all smooshed together, no spaces)
Email Post
Labels: adele scalper eric church scalper kid rock scalper nsync fights scalpers prince club tour springsteen scalper string cheese ticketmaster stubhub ticketbastard ticketmaster tickets now ticketsnow