Somehow, I have never seen either band.  Mostly, I was there to see Jimmy Buffett... and Joe Walsh.   Even though I have seen Joe Walsh before, you can never see him enough. Exactly what you would expect. Ever young even joyful.  I have been to enough shows to tell you when someone if phoning in it.  Not Buffet.  You’d think it was his first concert ever.  Dude is 71, and you would NEVER know it watching him.  This was my first Buffett show, and I was SO happy I got to see him.  He is a good man, and the real deal.  He does TONS of charity stuff all over the place.  Also, his ‘boats and bikinis and umbrella drinks’ lifestyle is not a sctick.  Long before he was successful, he was a sailor, and always has been.  He has lived in and around the Florida Keys for about 50 years.
Just look at this guy.  This guy is as far from a corporate creation as can be 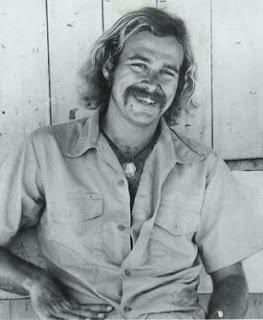 It’s also important to note he wasn’t always successful.  He started out as a Nashville country singer, and his first few albums just tanked.  I am guessing he got to the point where he said “fuck it.  I am going to me, 100%.  If that works, great.  If it doesn’t, I went out on my own terms.”  I don’t think he big breakthrough was Margaritaville, either.  I think his first hit was ‘Come Monday’.  That is my personal favorite by a long shot.

And he is nice.  Buffett was good friends with Hunter Thompson since forever.  During one of the MANY eras that Hunter was clearly unable to care for a child, Juan was sent to live with ‘Uncle Jimmy’.   Buffett helped raise Juan, and took him on summer long trips where they lived entirely off the boat full time, sailing around the gulf.   His setlist was awesome, but always is.  It hasn’t changed in probably 30 years.  He knows the hits.  He knows what people want to hear, and he plays them all.

It was also great they gave him a full set.  Normally, an opener gets 45 minutes.  This is almost always and always without exception.  Buffett did an hour and 20.  Looking at the crowd, the Eagles were smart.  Felt like at least half the people there were there to see him.
Ok, for the Eagles. It was as you would expect.  Very good, and technically perfect.  The additions of Vince Gill and Deacon Frey (Glen’s son) seemed odd.  Especially Vince Gill.  Well, they both killed it, and both we perfect additions.  The set list was exactly what you would expect.  It was a long long show.  They played well over 2 hours.  Often, that is a gift.  Problem was, the first 70 minutes were sleepy.  ‘Peaceful, Easy Feeling’ is a great and fun and pretty song.  But that was exactly he energy for most of the show.  It got a little dreary and depressing.  Plus, their show is musically so flawless… its as if they could have just put on a greatest hits CD.

After over an hour of this, I told the wife ‘they need to unleash Joe Walsh… SOON’.  Joe Walsh is a genius, and he is nuts, and he is FUN.   Adding Joe Walsh in the late 70s (editors note: 1975) was just exactly what the Eagles needed with.  Without Walsh, the nearly 2 and a half hour show would have just been ‘already gone’.  It was an enjoyable show, and we all knew every word to every song.  Not surprising when you consider the Eagles have the best selling CD of all time – Greatest hits 1971-1975.  Seriously, it is the best selling album of all time.  Outsold Thriller, Dark side of the Moon, Led Zep lV.  But it was just a little boring.
UNTIL… the woke Joe Walsh up.  Smart move, and smarter move holding him out to the end.  He gives us great banter. Then gives us Funk 49.  Then gives us ‘Life’s Been Good to me so far’… and then gives us ‘Rocky Mountain Way.  Like many of the Eagles, Joe has serious roots here.  He told us stories about a bar he owned in Nederland.  Joe just saved the show.  Bigger energy, more rocking songs, and a ton of Joe Walsh silliness.  He got people up and dancing, and after sedately sitting for 2 and a half hours by now (including the opener)… it was refreshing.  Plus, it finally cooled down.  That day was 100 in Denver, and we ain’t used to that.

For the curious, here are the setlists for both.  I will bet my life the setlists were the same from show to show.  I was kinda hoping Joe did ‘Rocky Mountain Way’ just for Colorado… but that was not the case,.  Great show.  Remember what Hunter Thompson said about Oscar Acosta at the end of Fear and Loathing?  it goes

There he goes. One of God's own prototypes. A high-powered mutant of some kind never even considered for mass production. Too weird to live, and too rare to die


that is about Joe Walsh

About the venue – never been to a concert at a baseball park.  Been to too many in football stadiums (being a Deadhead), but never a baseball stadium.  I thought the venue was great!  The sound was terrific, and the site lines were good all around.  Plus, we have a stunning stadium with even more stunning views.  WAY better than being stuck in that echoey and soulless venue of the Pepsi Center.

Couple odd things, I heard some people had major trouble getting in.  Like… hours in line, and missed Jimmy Buffett.  I would be so pissed I can’t even describe the thought.  Also, they ran out of beer early, and ran out of the ability to take credit cards even earlier (like… before the Eagles even went on).  I could see that happening if this was a venue cobbled together last minute.  But, it was in a stadium.  It was in a building exclusively designed to be able to move 50 thousand people in and out.  It is what they do.  ALL day.  EVERY day.  Same with booze sells.  I know enough about shows that 80% of the revenue made is NOT made from ticket sales… it’s booze.   So how the hell do you not have a plan to get people in, or to sell the beer?

Being veterans, though, we were prepared for all of that.  Get there early, bring a lot of cash, and always buy as many beers as you can safely and legally hold.

I know this is a first world problem to have, but after hundreds and hundreds of shows... I have to say this.  The Eagles set was too perfect.  it was flawless. Every song you wanted to year, and all executed PERFECTLY.  it was kinda boring.  i said the same thing about seeing Pink Floyd live.  Maybe I am a masochist, but one of the best shows I ever saw was a complete disaster.  Huge rain storm, power blew out in the whole stadium.  we sat in the dark soaking wet waiting for an hour for something to happen.  Something happened, and the show was just incredible.  Can read about that here, if you;d like.

To sum, the show was exactly what I thought it would be.  That is the great, and bad of it.  But it was a great show.  A little too polished for my style, but still a great show!