Janis, Otis, & Bradley - never got to see their success 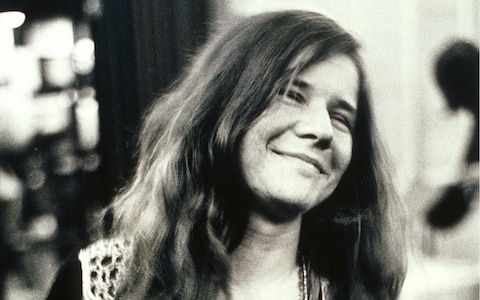 What do these songs have in common?
Pretty interesting spread there, eh?

Go ahead, google it.  I’ll wait. You still won’t find the link connection..

These songs were all huge hits for the artists.  These songs broke the artists for the first time.  With these songs, these artists finally broke through.  You know these artists for their songs. So, what do they have in common?  All three artists were dead by the time these songs came out. Otis Redding had some success, but nothing broke through like ‘Dock of the Bay’.  Poor guy died in a plane crash. He died in a tragic (wait, aren’t they all tragic?) plane crash, a month before that single, and album, came out.

Santeria?  Heck, that Sublime album is such a masterpiece you can really pick any song.  How about ‘What I Got’. You may note that Sublime head several albums before 1996’s ‘Sublime’.  Let’s be frank, though, they are terrible! ‘Date Rape’ is brilliant, but the rest is pretty forgettable.  The band had already finished the album, and were doing a last run tour before the big album push.  After a show, Bradley dies of a heroin overdose. The album came out two months later.

Now we’ll finish our tail with Janis.  Janis was a great singer with many albums under her belt.  However, she wasn’t well known outside the San Francisco scene.  In fact, let’s just talk about the journey of that little song, which became Janis’ only hit.  It was written by Kristofferson, but you knew that. He was cleaning up in Nashville working with Johnny Cash.   Kristofferson recorded it, but it wasn’t memorable.  As the legend goes, somehow the song gets into the hands of Bobby Weir, of the Grateful Dead.  Bobby teaches it to Janis one drunken night on a train. My god, if only everyone had camera phones back then!  Can you imagine had that moment been captured? I can, because it was. You can find this amazing gem of the Dead teaching Janis the song on a drunken train ride in ‘Festival Express’.


This (tour footage) was taken in the summer of 1970.  Janis would go on to record that song for her next record, ‘Pearl’.   She died in October of that year, and the record came out shortly after.  LIke Bradley, Janis died of heroin, and were both members of the vaunted ‘27 Club’*


I find these stories the saddest.  That these great talents never got to see just how much we love them, and how much they meant to us.