Allen Klein - the worst man in the history of music 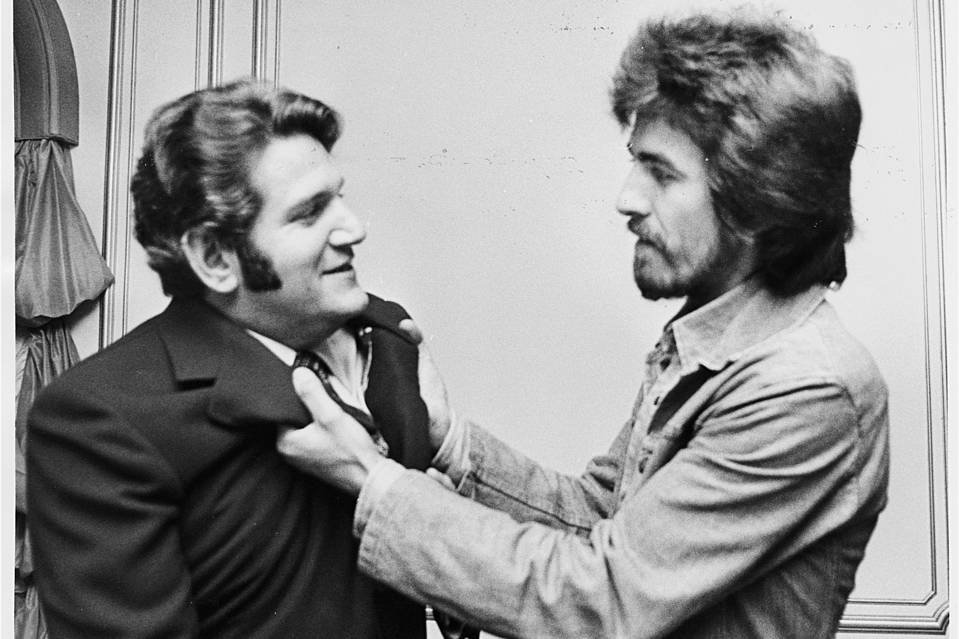 I have to tell this quick story about Allen Klein.  Allen Klein was a monster.  Just a piece of shit.  He is the guy who broke up the Beatles, and stole the entire Rolling Stone’s catalogue.
I am sure there are many volumes of books dedicated to his impact on music.  I imagine he even has 1 or 2 defenders.  We are not one of them.

Here is a single Allen Klein story that, to me, perfectly exemplifies what a steaming turd of humanity this guy was.

In 1971, after the Beatles break up, George Harrison releases ‘All Things Must Pass’.  On it is the great song ‘My Sweet Lord’.  Turns out that the song sounds a lot like ‘He’s so fine’.  So much so that the folks who own ‘he’s so fine’ sure thought so.  So, they sued Harrison, and his manager, Allen Klein.  We aren’t here to even talk about if the song was stolen.  We are here to talk about how Allen Klein handled it.  To simplify and make easily interesting an insanely complicated legal battle, I am going to use sweeping generalities.  Just want to warn you, this won’t be a legal brief.
Ok, you can look at this mashup.

So, this guy sues Harrison for stealing his song.  Allen Klein is George’s manager (you can thank John Lennon for getting Klein the door), and he has a really great idea.  Klein’s approach is “since we are richer than god, why fight this?  It would be cheaper for us to just buy the song.  In fact, it would be cheaper for us to buy the entire company that owns this song.”

I think that is a great idea. It’s resourceful, and a creative solution to a creative problem.
During these negotiations, Klein is working with the publishing arm of the Chiffon’s song.  This is where it gets super, duper, horrible.  Behind George’s back, Klein goes ahead and buys the catalogue that owns that song.  Problem solved, right?  No.  He fucking turns around and sues George for plagiarizing (what is now, technically) his song.  Klein also knows how much George is worth, so he quadruples the damages he wants… since he has seen the Beatle’s money ledgers

What Harrison didn't know was that Klein had again entered into discussions with Bright Tunes to purchase all of Bright's stock, except at this time, he was not attempting to buy the stock for Harrison, but rather for ABKCO.

Also terrible is this dragged out for over 20 years.  I can only hope and assume if that happened here, dude would be disbarred.

To this day, I still can’t believe anyone could do that.  Any discussion about Klein being an advocate for the musicians, or a pioneer of artistic protection… it is all invalidated by this story.  I am an atheist, and an aspiring Buddhist.  My point being, I do not believe in heaven or hell (neither did George).  I can tell you this, though, Allen Klein is in hell.